Zemma is a cat girl. She is mentally ill and has a second personality named "Darling" and a child named "Sweets".

Zemma has left drooodle, no one knows if he comes back.

Zemma is a girl with black cat ears, white angel wings, and blue cat tail. She wears a Sollux Captor T-shirt, but she sometimes wears just her grey pants and bra.

Zemma has way too many OCs and she creates new OCs all frequently.

Zemma sailed into Drooodle City with her friends from Doodle or Die , she has been having panic attacks almost every day, and because of that she had to go to psych ward. She now has to live with her other personality called "Darling." Zemma is in many ships and had children called Sweets, Alex and "kid-that-has-no-name-yet"

However, a lot of the character past has been deleted after many years, and Zemma himself has moved on from the community and the character. It was always hard to tell which of his drawings were actually of his own feelings, and which were just his character messing around.

Zemma is usually really sweet and cheerful, but she can get really depressed some times. Once, the depression was really bad and she got suicidal, but she is currently alright.

Zemma's artist is a young female named Emma, she draws herself as a Skeleton in a fancy suit. Usually people accidentally call the Skeleton as "he" but it's not "she" either, it's just a skeleton.

Zemma once made a thread where she did want to go on an adventure, now it has been going on for few months. everyone is free to join in it, except the threads has been as "only people I follow can reply" since trolls started to get accounts. the most active artists of the adventure has been Zemma, afro guy, and wwwayfarer.

Links to the story parts:

season 1 (where it all started): 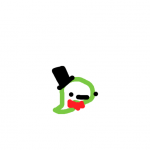 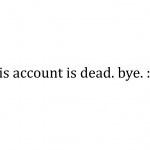 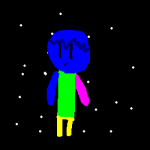 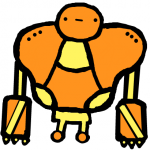